On July 30, 2013, the U.S. Senate confirmed five nominees for appointment to the NLRB. 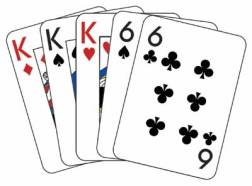 The three Democrat-backed confirmations include Kent Hirozawa, Nancy Jean Schiffer and Mark Gaston Pearce (former union attorney and current NLRB Chairman whose term was set to expire this month). Two Republican-backed nominees, Philip Miscimarra and Harry Johnson III, were also confirmed. This is the first time in ten years that the NLRB has had a fully confirmed five-member Board. You may recall that in January of this year the U.S. District Court for the District of Columbia ruled that President Obama’s three “recess” appointments to the NLRB unconstitutional, leaving only two validly-seated members of the Board. END_OF_DOCUMENT_TOKEN_TO_BE_REPLACED