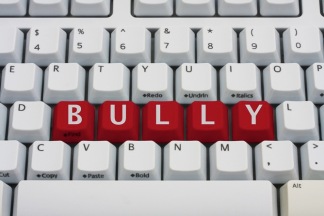 Bullying has become a hot topic in the press, mainly in schools. However, as the problem becomes more well-known, and as employees learn to put a name to the conduct, bullying is becoming more of an issue in the workplace. Workplace bullying is usually seen as repeated instances of mistreatment of co-workers by verbal abuse, work interference, threatening, humiliating or intimidating conduct. Some examples include threats of violence, blackmail, excluding an employee from activities, purposefully ignoring his or her work or contributions and spreading rumors about a co-worker.
The Workplace Bullying Institute (Yes, there is actually an entity called “The Workplace Bullying Institute”) recently conducted a survey, “The 2014 US Workplace Bullying Survey” (http://workplacebullying.org/multi/pdf/WBI-2014-US-Survey.pdf). In this survey, the Institute discovered that most employers usually reacted to complaints of bullying by denying or discounting them. They also found that few employers took active steps to prevent bullying or to stop it once it occurred.

Employers responding to the survey had a different perspective. 72% indicated that they took no positive action to curb bullying. 25% of the responding employers denied that bullying occurred and 16% discounted it as inconsequential. 15% rationalized the bullying behavior.

Employees often respond to bullying by filing claims under Title VII and similar state laws for harassment or discrimination. Although Title VII does not traditionally apply to mere bullying and employers are often able to prevail in such claims at trial, employers are nevertheless forced to incur the substantial costs incidental to such litigation.

In addition to legal fees and expenses, the Institutes Survey showed that workplace bullying also creates more subtle costs to an employer, such as:

The survey estimated that approximately 14 million adults have been bullied at work. This is obviously a very significant number, and, if the Institute’s survey results are to be believed, there is something of a disconnect between the perceptions of employees and many employers when it comes to workplace bullying. This is a dangerous combination and it behooves employers to address this growing issue.

Since 2003 twenty six states have introduced a Bill entitled The Healthy Workplace Bill. This model legislation would impose liability on employers for bullying conduct that offended a co-worker, yet was not sufficiently severe to constitute intentional infliction of emotional distress or was not based upon a protected characteristic. Although no states have yet enacted the bill, fifteen states are currently considering similar legislation. If employers do not address the situation through the implementation of policies protecting employees from offensive, bullying behavior, it is a virtual certainty that state and federal lawmakers will.

Breazeale, Sachse & Wilson recommends that its clients include language prohibiting offensive, bullying-type behavior in their employee manuals and that they train their employees and enforce these policies. You can contact Mr. Stovall directly if you would like assistance in preparing your company for this type of a claim.