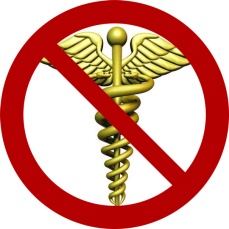 Employers often agree to continue an employee’s health insurance coverage as part of a separation agreement. While this seems like a good idea, it can create significant unintended liability.

The risk usually comes to light something along these lines. Most benefit plans have eligibility rules. Those rules often require that an employee work a certain number of hours or maintain their employment in order to be eligible to participate in the plan. Once the employee’s employment ceases or they no longer work the requisite number of hours, they lose their eligibility. If you promised to continue the employee’s coverage for several months after their employment ceases and your policy does not specifically provide for this situation, your carrier could either deny their claims made during that time if it realizes what you have done at the time, or if the carrier discovers this agreement at a later date, it could refund your premiums and demand that you refund the claims that it paid during this time. Neither of these are a good result for you.

Even employers with self-insured plans are not safe in this type of situation. Most self-insured plans maintain reinsurance coverage with a third-party carrier. Most third party carriers will deal with this situation in the same manner as a primary carrier, arguing that the employee was no longer eligible to participate in the plan.

This type of an agreement also puts at risk the employee’s ability to continue coverage under COBRA. As you know, COBRA has certain notification and election time limits that are triggered by qualifying events such as a reduction in hours worked or separation from employment for reasons other than gross misconduct. If you and your former employee fail to meet the notification and election time limits because you both believed that you could agree to continue his health insurance coverage, your insurance carrier could argue that COBRA no longer applies because you missed the deadlines and refuse to cover the employee. In that case, the employee would probably argue that you must self-insure them for what would have been the period of COBRA coverage.

What is an employer to do? If you want to make continued health insurance a part of separation agreement, agree to reimburse the employee for the cost of their COBRA premiums. I say reimburse because you do not want to be responsible to timely forward the employee’s COBRA payment to the carrier. It will be safer for you to put that burden on the employee and to agree to reimburse the employee for their COBRA premiums after they make the payments. In that matter, the obligation to timely make the payments, and the risk for failing to do so, rests on the former-employee, not your company.